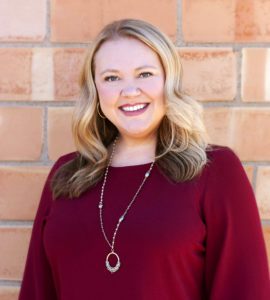 Bonnie Davis, Executive Director of the Palisade Chamber of Commerce

Bonnie Davis is an experienced marketing professional, corporate event planner/coordinator, and manager. Driven by contribution to her community, she takes pride in providing the best support possible. As the Executive Director of the Palisade Chamber of Commerce, her goals include routinely hearing what the members and potential members want more of and offering them those experiences. In addition to her primary job functions, she is committed to keeping the integrity of the current Chamber events and improving on how they support the community. Bonnie has been recognized by past employers and colleagues for her extraordinary commitment to using what works and improving on what doesn’t to the benefit of everyone involved. She is thrilled to have this opportunity and to serve her beautiful community. Bonnie is married to a tech geek and together they are raising their two children here in this beautiful valley. 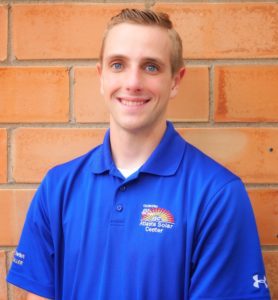 The Palisade Chamber of Commerce is a critical resource for businesses and residents alike. Palisade offers a sense of community which is unparalleled. The ability to contribute to an entity that cultivates community, such as the Chamber, is a sincere privilege. Serving on the board since January 2021, Member since 2017 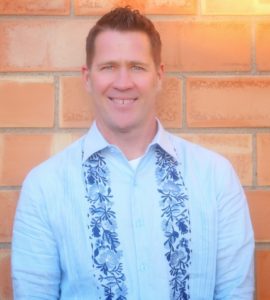 Jeff is originally from Delaware and has spent most of his life in the hospitality industry, starting as a bellman for a large property management company. For the next ten years, he went on to serve as the Director of Front Office, where he honed his customer service skills, then managed a restaurant and bar at the base of a ski area in Steamboat Springs, Colorado. In 2017, Jeff and his wife, Jody, stayed at a motel in Palisade with some friends. The following year, Jody found it for sale and they moved into Palisade to start the process of renovating it into a boutique motel, now known as Spoke & Vine. They lived in the motel for three years until they realized it wasn’t sustainable and then found a house only a mile away so they could be available to their guests at the drop of a hat. As a previous general manager for a taqueria, Salt & Lime, Jeff took his natural love of tequila and tacos and decided to buy the old Palisade Café and Wine Bar and turn it into Fidel’s Cocina (affectionately named after his foster fail dog, Fidel). It will open in the spring of 2022. Jeff’s philosophy for managing employees is simply to take good care of them and the rest will fall into place. Good business breeds good business, he believes. Along with his wife, he continues to find older local properties in Palisade to revive so everyone can enjoy the fruits of their labor. 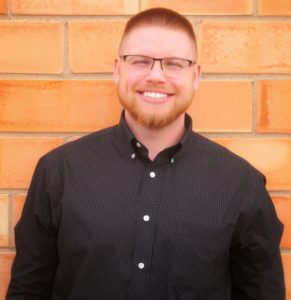 Luke’s roots in Palisade are quite literal, as he grew up on the local peach orchard at McLean Farms. He is about as Palisade as it comes, having attended Taylor Elementary, Mount Garfield Middle School, and Palisade High. With a deep love of the unique community, athletics, and the outdoors, he has always called Palisade home. He holds two bachelor degrees in the fields of finance and accounting from Colorado Mesa University. Luke’s passion for the Western Slope has driven his career, where he proudly works for Academy Mortgage and helps people realize their dream of home ownership in the valley. Very excited to join the Palisade Chamber Board, he hopes to help facilitate and grow the the businesses in his beloved community. 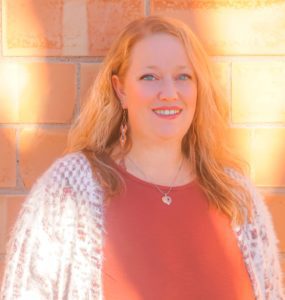 Katie grew up on a rugged mountain ranch outside of Boulder, Colorado and moved to Palisade in 2000. She met her husband, Zach, while attending Palisade High School and graduated in 2005. Katie went on to pursue degrees in clinical psychology and criminal justice at Colorado Mesa University, where she graduated with honors from multiple societies. After college, she worked as a corrections officer at Criminal Justice Services, but realized it wasn’t the right path after a few years. She then went to work at Timberline Bank in 2014, starting as a teller, and is now Assistant Vice President of Loan Production!

When Katie isn’t baking with her 4-year-old daughter, she is reading and working with her American quarter horses. She was recently named two-time Reserve World Champion at the Versatility Ranch Horse World Show 2021. Actively serving as the new Palisade Chamber of Commerce Board Secretary and a board member of the Grand Junction Horse Show Association, Katie has also contributed to several other nonprofits in the past and enjoys the chance to make an impact in the community in which she lives. 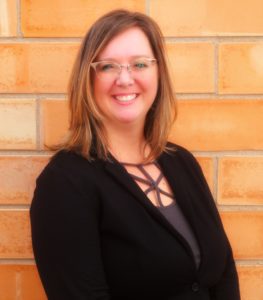 Jessica is the Community Relations Manager for Mosaic, an integrative nutrition health coach, and co-owner of Zarlingo’s Automotive Service Center. With a background in corporate sales and hospitality, she values connection and enjoys helping businesses collaborate and flourish. She and her family are deeply-rooted in the Grand Valley, though she and her husband are graduates of rival high schools. Serving in leadership roles for several local organizations, Jessica faithfully advocates for disability rights and aims to raise awareness for mental and behavioral health needs within the community, as well as children’s services. In her spare time, she enjoys traveling, spending time outdoors, live music, good belly laughs, breaking bread with family and friends, and watching her two sons thrive. 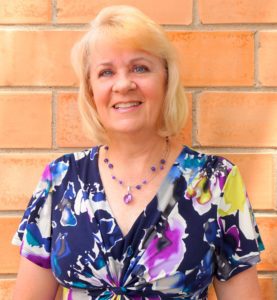 Annette grew up in Chicago and moved to Colorado with her family when her father had a career change. After settling in Denver she attended the Colorado Institute of Art and earned a degree in Interior Design. After working in the housing field for several years she decided a change was needed. Some notable companies that she worked for were FirstBank of Colorado and Starz Entertainment all while getting married (twice) and raising two children. Something was still missing and that was her dream of owning and running a Bed and Breakfast. Annette loves meeting new people and welcoming old friends. She shares this dream with her husband Trey so once her kids graduated school the real task of finding the perfect location for their B&B started. Trey and Annette chose the Palisade area to set up shop. They have been here almost three years now and have loved (almost, LOL) every minute of it. Annette joined the Palisade Chamber of Commerce in 2019 as a member and was asked to become a Board member in 2020. She was elected as Secretary and was to start her term in January 2021. 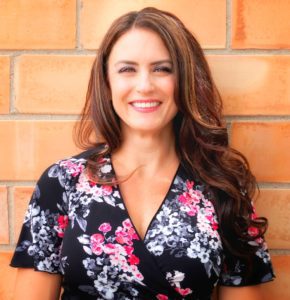 Brooke was born and raised in the Grand Valley, graduating from Palisade High School. She continued her education, earning a Bachelors in Business Administration with an emphasis in Marketing from the University of Northern Colorado and her Masters of Business Administration with an emphasis in Market Strategy from Regis University. Brooke has worked in the oil and gas industry for over 16 years in various marketing roles. She loves the Palisade community which is one of the main reasons her and her husband decided to purchase land and develop Palisade Basecamp RV Resort (along with two partners) in 2016. Brooke lives and plays in Palisade with her husband Bart and their two sons, Parker and Hudson. 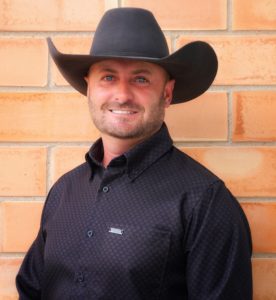 Joseph’s heritage began in the Roaring Fork Valley where he grew up on his parent’s ranch outside of Carbondale, CO. Joseph attended Colorado Mesa University where he received a Bachelor’s in Business Administration with a concentration in Marketing. He graduated from the World Wide College of Auctioneering as a Certified Auctioneer for real-estate, auto, livestock, antiques and charity auctions. Joseph has a Master’s of Businesses Administration from University of Phoenix. He proudly worked 15 years for Ute Water Conservancy District as the External Affairs Manager. Joseph was the Director of External Affairs for Grand Junction Regional Airport before following his true passion, ranching and raising/training draft horses. Joseph owns and manages JR’s Carriage Service, a commercial horse drawn carriage company and horse-drawn vehicle distribution company. Joseph started JR’s Carriage Service when he was 14 years old. He is actively involved in numerous community boards, charities, and service clubs. His faith and family remain the two most important elements of his life. 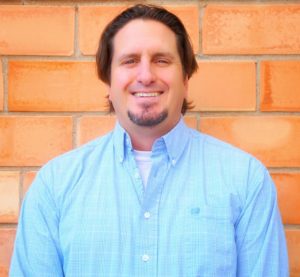 Jamie Somerville, Liaison for the Town of Palisade

Jamie is a Palisade native who is finishing his first term serving on the Board of Trustees for the Town of Palisade. In addition to his duties in local government he is an English and Social Studies teacher at East Middle School in Grand Junction Colorado. Jamie has a Bachelors Degree in History and Political Science from King University in Bristol, TN, and a Masters Degree in Education from Colorado Mesa University. He is married to Ashley Somerville and together they have three children, Hazel, Ayden, and Chase. 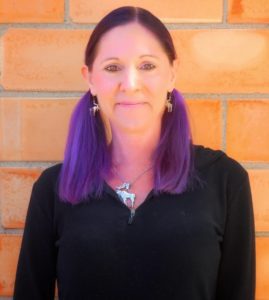 Dancing In My Head Photography

Lisa was born and raised in Chicago, moved to Denver in 2011 and bought a home with her husband in Palisade in 2016. She started Dancing In My Head Photography over 10 years ago and there isn’t anything she won’t photograph! Lisa “Moose” Levy Kral holds a Bachelor of Science Degree in Dance from the University of Wisconsin. She says her creative juices flow with the art of photography as she documents “the dance of life.” Every picture represents a choreographed dance engaging the photographer, the camera, the subject and ultimately, the audience. Her photos have been exhibited from Illinois to Colorado and are currently on display in many locations including Palisade, Grand Junction and Ouray. You can also find them on many of Colorado’s social media sites, in local newspapers, magazines, newsletters, blogs and more! She has been the photographer for the Chamber for 3 years and loves being involved in the Palisade community.