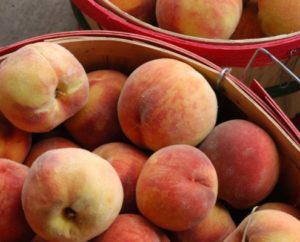 Palisade, Colorado, has a friendly, small-town atmosphere, yet is just minutes away from world-class medical services, shopping, dining, entertainment and Grand Junction Regional Airport. Palisade is also just a short drive from the Grand Mesa, where skiing, fishing, hunting, camping and other outdoor activities are available year-round.

Besides our famous fruit and wine industries, our community boasts Victorian neighborhoods, fine schools, a low crime rate and a cozy downtown shopping area. Whether you’re just visiting or looking for a place to call home, Palisade offers modern amenities in a pastoral setting of fields, orchards and vineyards.

Palisade has the state’s greatest concentration of wineries and vineyards. Every winery offers tastings, award-winning wines and unique gift ideas. We encourage you to take a self-guided tour and sample these wines yourself.

The History of Palisade, Colorado

The first inhabitants of the Grand Valley were Ute Indian. After Western Colorado was open to white settlement, fruit orchards were established. The first settler in the Palisade are was J.P. Harlow who raised fruit and vegetables on his ranch on Rapid Creek beginning in 1882. W.A. Pease is credited as the first settler in Palisade. In 1884, he homesteaded 160 acres that came to be the south and west parts of Palisade.

Proximity to water is important for growing crops in this arid land. Harlow diverted water from Rapid Creek into the Grapevine Ditch and the Crawford Ditch for is crops. Other ranchers hauled water in barrels from the Grand River and began to explore how to effectively build irrigation systems to water their orchards.

Early peach growers soon learned frost protection from the palisades, and the early morning “million dollar” katabatic winds from DeBeque Canyon, meant orchards near Palisade more consistently survive spring frosts. This is why most of Mesa County’s 2,200 acres of peaches are east of Mount Garfield.

Named for its dramatic steep cliffs of the Mancos Shale bordering the valley, Palisade’s early economy also benefitted from the abundance of valuable low-sulfur bituminous coal.

Early settlers knew if water could be successfully diverted from the Grand River, which was renamed the Colorado River in 1921, Palisade could be transformed from a barren desert to the bountiful land of orchards and vineyards we have today. A series pf diversion dams and canals were constructed. The earliest, the Grand Valley Canal diversion dam, was built south of town in 1883; however, it did not serve the rich agricultural lands around Palisade. Subsequent irrigation projects have make Palisade one of the most productive agricultural regions in Colorado and the Intermountain West.

An abundance of coal

Coal mining began here in 1884 when George Smith opened the Bookcliff Coal Mine west of Mt. Garfield. Eventually, more than a dozen coal mines operated around Palisade which also contributed to Palisade’s early economy. Just three miles east of Palisade, in 1899 George Smith discovered the vein of coal in DeBeque Canyon that resulted in the Cameo Mine. It was the largest coal mine in the area and later provided coal for the Public Service Company power plant built in Cameo in 1957. This power plant provided electricity to the region until 2010. No longer a coal mining town or a power plant, Cameo is now the site of a Colorado Division of Parks and Wildlife shooting range known as the Cameo Shooting and Education Complex.

In 1915, the Grand River Diversion Dam was completed. It is a German roller crest design which diverts river water into the Government Highline Canal, supplying five irrigation canals throughout the Grand Valley. Work on this project began in 1897. This “Roller Dam” stands 14 feet high and 546 feet long and, when it was built, it was the largest roller dam in the world. Five of the six 70-foot metal cylinders or “rollers” move up and down to keep the water level constant so the railroad tracks–which have been in place on the west side of the River since 1890–are not flooded. The Government Highline Canal is 55 miles long and provides irrigation water to about 33,000 acres stretching from Palisade west to Mack.

Though most coal mines in the Palisade area closed in the late 1950’s when natural gas replaced coal for heating, Palisade still thrives on its agricultural success. Thanks to the vision of early settlers and the determination of local orchardists, Palisade is home to over 500,000 peach trees, and 1,000 acres of vineyards which produce 90% of the grapes used in making Colorado wines, and 30 wineries. The Grand Valley American Viticultural Area (AVA) was created in 1991. Additionally, Palisade is home to an increasing number of crops, including hops and lavender.

Learn more about early settlers, the history of Palisade businesses, agriculture, and unique local stories when you take a guided walking tour with the Palisade Historical Society. Choose from three routes in downtown Palisade. Or pick up a self-guided brochure at the Chamber office or the brochure racks in downtown Palisade as a Kindle ebook available from Amazon.